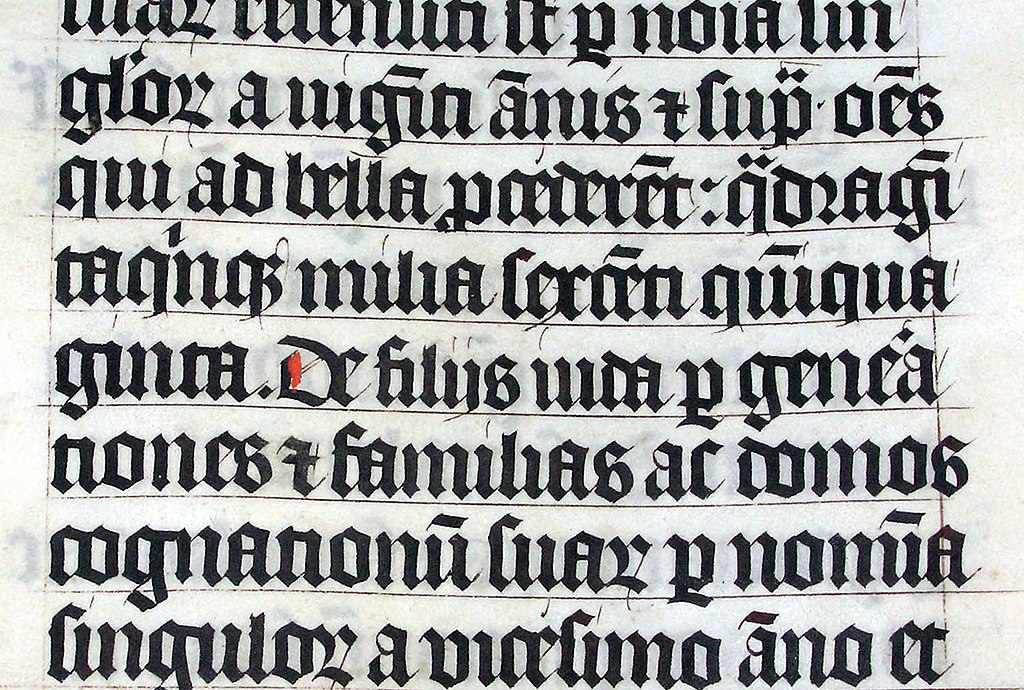 By Adrian Pingstone (Own work) [Public domain], via Wikimedia Commons

In today’s digital age, it sometimes feels like people don’t physically write on paper anymore; I know that strictly speaking that isn’t true but it does feel like that sometimes. But for those of us who remember what writing is, we should also remember how good and bad handwriting can be. Some are so bad that even the person who has written it can’t read what they had written; some are so good that it is almost an art form, in fact in some cases it actually is an art form. In this post we are going to be talking about a form of art which is almost as old as the written word itself, calligraphy.

So what is Calligraphy? The internet (calligraphy-skills.com and Wikipedia ) defines calligraphy as a visual art related to writing which involves creating beautiful symbols and arranging them in a pleasing manner. Britannica.com specifically defines it as, “the art of beautiful handwriting.”

The first time I encountered calligraphy – and by encountered I mean the first time its existence was made known to me- I had a classmate who had broken the tip of an ink pen of his and was writing with it, when I asked what he was doing he said he was trying out calligraphy. When I asked what calligraphy was he explained how there were special pens that people would write with to make unique looking words like in the medieval books. He wanted to get a proper calligraphy pen but he couldn’t find one so he decided to try making his own with the pen he had. Looking back you couldn’t really call the stuff he wrote with that broken pen calligraphy, but hey he tried and he was just a kid messing about with things, no harm done.

So you might be wondering, why bother with this calligraphy thing? Well if you look at this article from thepostmanknock.com titled, “Seven Reasons to Learn Calligraphy,” written by Lindsey Bugbee, and go to point number one, you’ll read about how the writer herself thinks that calligraphy is a good way to unwind and let loose, and I’m all for something that can help you out after a stressful day.

Plus there is also the matter of the amount of creativity you can put into calligraphy; being creative and doing creative activities is a real stress buster.

So if you are looking for a way to beat stress and you are thinking of taking up a new hobby then try out calligraphy. Go ahead and show off your penmanship and let your creative side shine.